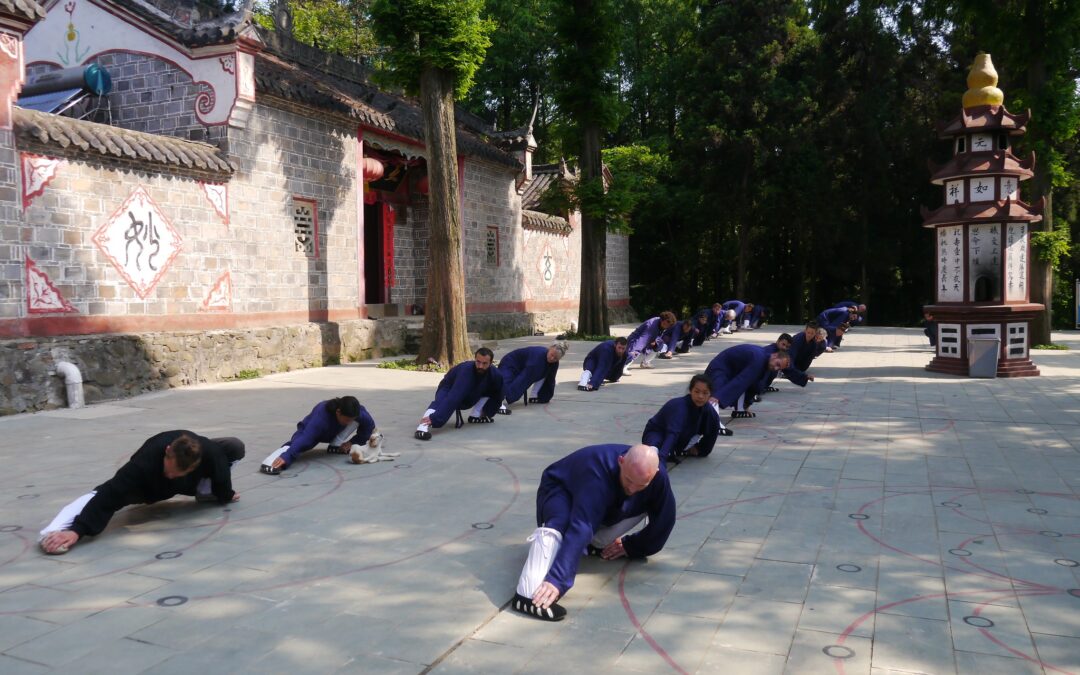 I tell my students this at the beginning of our study together.   As classes progress, and we learn more of the Water Taiji form I teach, I point out to them what I mean when I say taiji is life.

We learn to recognize incoming energy and develop responses to it – – to deflect and divert, to accept and embrace, to put down with finality.? We establish boundaries and identify ?our? space in this world, and learn how to defend it. We remain nimble enough to adjust to the constant changes of it.

As we face each day, don?t we all have energy coming at us?  A customer, a work colleague or supervisor, a friend? What energy are they bringing to us?  Will it be strong and aggressive, friendly and warm, or will it be benign?

In taiji, we learn to recognize in the moment what is required of us, and to respond instinctively and correctly.  The stillness we cultivate with its daily practice prepares us to meet whatever the moment brings, and strengthens us to continue on to the next moment.

But taiji is even more than that.  It is a universal language between practitioners that requires no words.  Let me tell you such a story.

Several years ago while on my way back from my temple, I decided to visit Ningbo City in Zhejiang Province, china.  It is a 2 hour high speed train ride south of Shanghai, on the coast of the East China Sea. A friend of mine is from there, and he had told me enough about the city to make me want to see it .  . . the old sections and buildings that have been preserved, its history as one of the oldest cities in China and its place as the end of the ancient silk road.

I stayed near Moon Lake, ?? in Mandarin, and visited the Fojiao Jushilin, a small Buddhist temple on its shore, each morning to burn incense and offer prayer..  Although my temple is Daoist, and the life I live is in accordance with Daoist philosophy, I respect and honor the teachings of the Buddha as well.

After this, I would walk the grounds of Moon Lake to a particular courtyard for its beautiful view of the lake, the temple and the grounds surrounding the lake.  On my first day there, I encountered a group of people, all Chinese and all, I presumed, locals, playing taiji. I recognized the style as Yang form, one I had learned from Master Wei Lun Huang, my first Shifu, in the 1990s.

Not wishing to disturb them, I found a quiet and empty corner of the courtyard and practiced my morning qigong and Water Taiji.  About 45 minutes later as I was leaving I noticed the group looking at me. I smiled, nodded my head, and left.

The next day, as I approached that same courtyard for my morning practice, the same group was there, just about to begin their practice.  I bowed this time, and received a head nod from them. I finished my practice, and again noticed them watching me. As I left, I bowed and they nodded in return.

On the third day, I bowed when I reached them, and this time, they bowed back.  I took this to mean I had been invited to join them, and so I did. We completed the form (with slight variations from each other?s style), and they turned to look at me.  I bowed deeply, as did they, and we all said ?Zaijian? (goodbye) to each other.

From then on, I played with them each day for a couple of weeks before leaving Ningbo City to return home.  They took pictures of this crazy westerner, a kid from Cape Cod who ended up on a mountaintop in China, and took turns posing with me.  My Chinese was not good at the time (and it?s still a work in progress for me today), and so no words were spoken. Just bows, smiles and taiji.

But, the taiji was enough.  It linked us in life, this ancient moving meditation, a common language we all spoke without words.  It reminded me of the CSN&Y song, ?Wooden Ships?: ?If you smile at me I will understand because that is something  everybody everywhere does in the same language.?

For us, taiji was life for those hours each morning at Moon Lake, life we shared quickly and easily with each other for a few weeks.  I?d played taiji for two decades before this, but that experience impressed upon me the true universality of its reach, playing taiji in China with folks that had probably been playing it every morning at that courtyard for much of their lives.  Those kind, ordinary, dedicated folks welcomed me to their lives with taiji every day for three weeks, and I was truly humbled.

So, lest you think taiji is just a form of exercise, please understand it is far more than that.  For those of us who play it every day, Taiji is life.