Daoist Wisdom of Zhuangzi, and the State of Politics Today 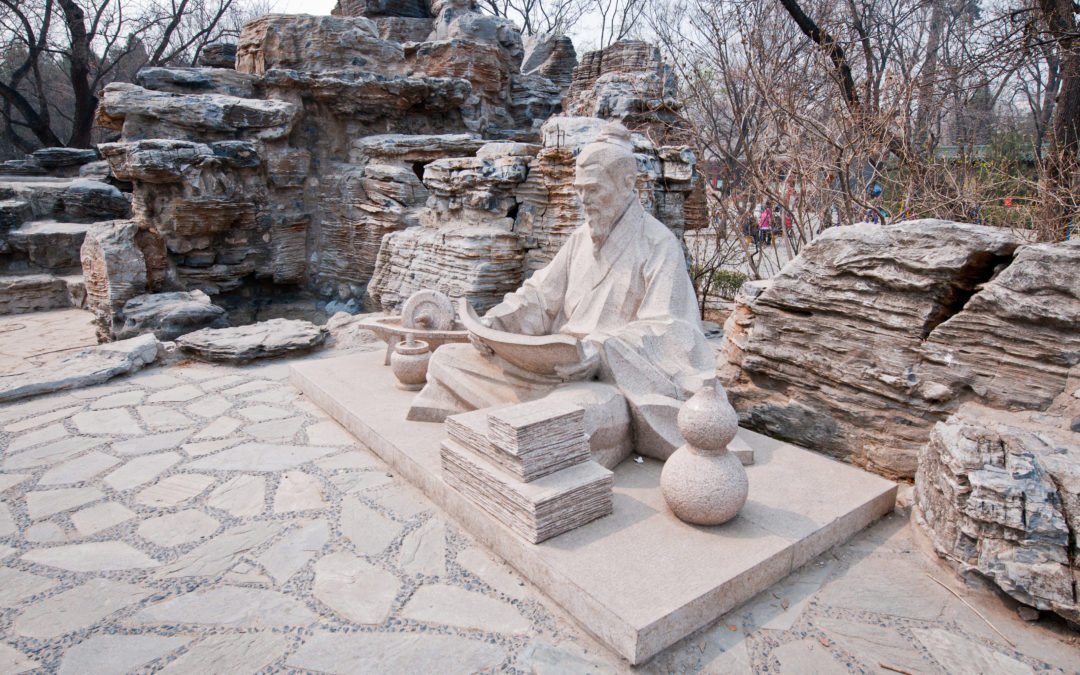 The universe and I came into being together; and I, and everything therein, are ONE.

Zhuang Zhou, a pivotal figure in Classical Philosophical Daoism,  wrote these words in the 4th century BC. Let’s revisit them together for a few moments and find meaning in them 2500 years later.

I often begin a lecture with the question:  How many things had to happen for us to be together in this room at this moment?  After 30 seconds or so, I answer the question for my audience: Everything.

Everything from the beginning of time not only had to happen, but happen exactly as it did, for the audience and I to be together in that moment at that place.  This connects us to everything everywhere, inextricably woven into the fabric of a single creation, where nothing happens anywhere in isolation of everything else.

The same is true about the matters of man here on earth.  Past actions not merely influence current states;they are the direct and clear cause of them.  Some call that karma. My Buddhist friends would say if you don’t like the present, look to the past; if you want a better future, look to the present.

We act, and if the consequences are unacceptable we adjust our actions to create better consequences in the future.  The pendulum never stops swinging, the yin and yang of things. Change is inevitable.

In the present state of affairs, let us hope change comes sooner rather than later.  ?America First? isolationist policies ignore entirely Zhuangzi’s wisdom from so long ago, and the damage being caused by that ignorance is staggering and horrific.

People die every day from it; people go to bed hungry at night because of it; violence and hate proliferate;and, the environment is harmed perhaps beyond repair.  What is worse, supporters of that isolationist policy take pride in those accomplishments, luxuriating in the idea of American supremacy as it leads the world into chaos, confusion and suffering.  The degree of ignorance is unfathomable to me.

Isolationism ignores the ancient understanding that we are all connected, and  does so at our peril what we do for one, we do for everyone, and our actions affect all life everywhere.  The Daoist way opposes the current and flow of isolationism in practice, as it ignores this ancient wisdom.

Each of my days begins early with meditation and prayer, always the same:  for a better world. This is the Daoist way, a devotional practice that also includes qigong and taiji, all for the purpose of cultivating stillness.  We trust that our prayerful energy will be distributed by the Great Dao wherever it is needed.. In my classes I urge all of my students to adopt the same daily practices.

Beyond that, we put the stillness we cultivate to good use in our community in various ways .  . . volunteerism, political activism, recycling, giving a shit about something beyond ourselves, finding a way to live in harmony with each other and with nature.

These actions count, all of them, no matter big or small.? What we do for one, we do for everyone.

Laozi wrote: “Great acts are made up of small deeds.

Things change, the yin and yang of it all. Perhaps things will not change much in the time I have left on earth, but I do take solace in the knowledge they will.