The Archer and Clarity – Becoming Yourself 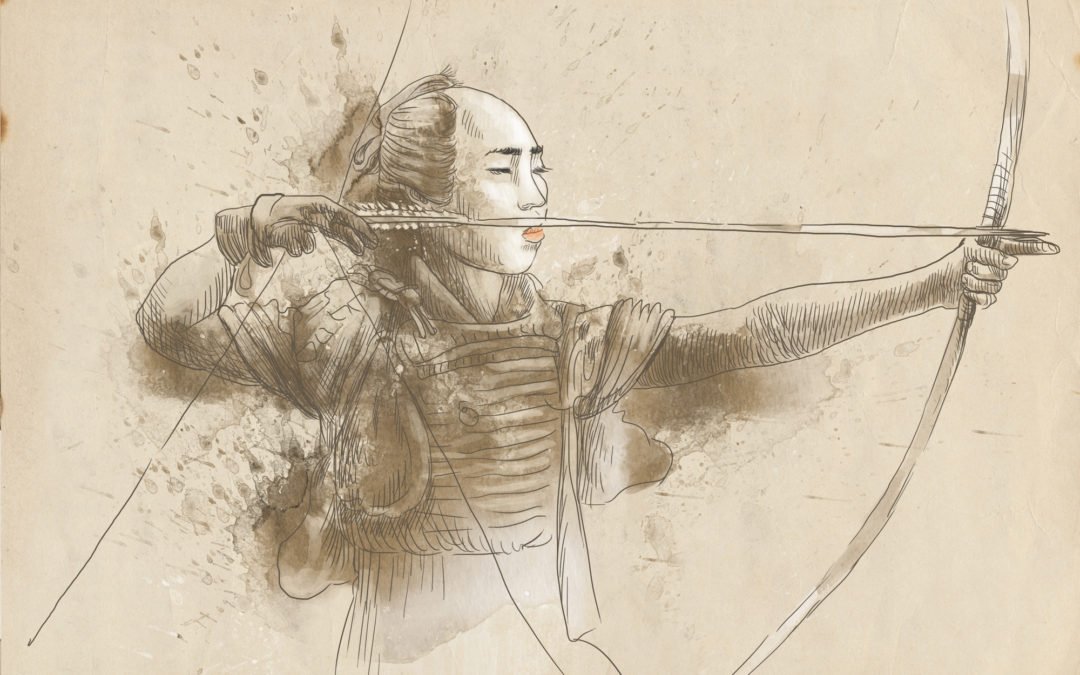 The Liehzi is a Daoist text from the 4th or 5th century, a collection of stories and philosophical exercises that together with the writings of Laozi and Zhuangzi comprises the ?Daojia,? the School of The Way, or Daoist Philosophy. ?Each of the stories is used as a teaching tool, and acts as a guide to practical living.

In one such demonstration to which he had invited his Daoist Master, a small bowl of water was placed on the forearm of his bow arm as he quickly shot several arrows at a target.  He not only hit his target with each arrow, he did not spill a drop of the water from the bowl.

His Master was impressed.  As a test of his disciple?s talent, he asked if he would be able to shoot an arrow at a target while standing at the edge of a cliff overlooking a deep abyss.  ?Of course, Master. I have worked hard to become the bow, and can use it anywhere,? he replied.

They climbed a nearby mountain, and upon reaching a high cliff, the Master turned and approached the cliff?s edge walking backwards until his feet were half-way over the edge.  He invited the disciple to come by his side to shoot his arrow.

The disciple walked slowly to the edge and, peering over and down into the abyss, his head became light, his legs became weak and his knees buckled.  He dropped to the ground, crawled away from the edge and lay on the ground.

The Master walked to him, looked down and said:  ?Instead of working hard to become the bow, perhaps you should have worked hard to become yourself first.?

When we sit still doing nothing, focusing on our breath and letting thoughts drop off, we do so to bring ourselves into the present moment.  In that present moment awareness, we see everything with greater clarity, and without judgment. By everything I mean all of life, and that includes ourselves

In the calm of the moment, and with great clarity, we can respond to each moment as it calls upon us to respond, and correct actions arise as if on their own.  A sports analogy can illustrate this notion.

I?m a Boston Celtics basketball fan, and Larry Bird was the greatest player I ever personally saw play the game.  His focus while on the court, his game awareness, was so acute that he acted by instinct when he would get the ball:  if passing was the correct action, he simply passed; if shooting was the correct action, he took the shot. It was not necessary for him to stop, look at the ball, look around the court, and think about what he should do – – he simply did it.

The point of this, as well as the message of the Master, is to suggest that meditation?s effect is not only to make reality clear to us in the moment, but to make our true nature clear to us as well. We come to learn ourselves merely as we are, and we place ourselves within the context of our life merely as it is. With courage, this is liberating, enabling us to forgive, act compassionately toward all life, and find our place and our way – The Great Dao.

When you sit, when you meditate, work to become yourself. ?Then, as the Master suggests, your arrows will fly straight and true, and can be shot from anywhere, even from the edge of a cliff..