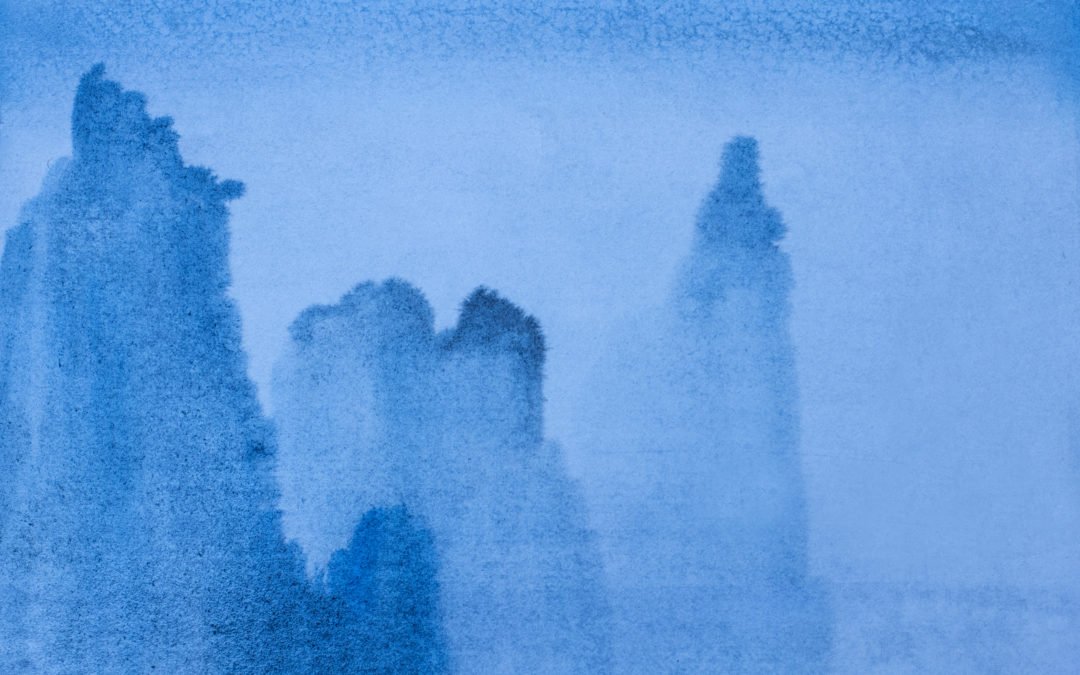 The Five Immortals Temple is on White Horse Mountain, Hubei Province, China, about 30 kilometers from the city of Shiyan.  There is no road up, and the stone stairs climb is about 1,500 meters. One is usually carrying a backpack with supplies, a change of underwear and a toothbrush, maybe 20 kg, and the first time up for a man of 60 years was a daunting task.

It?s an out of the way place, to be certain, in the Wudang Mountains, the Yellow Dragon River winding its way around and in between. ?It?s a destination place, not a casual visit, and so when one travels there, it?s on purpose. For me, a 15 hour flight, a 24 hour train ride, a bus and truck ride into the mountains, and a 90 minute climb. ?The other students who entered the Temple at the same time I did all had their long journeys to reach the mountain, too.

We were serious seekers, all of us, each with our own reasons for being there.  And yet, many left, washed out, after only a couple of weeks. It was not their ?cup of tea,? so to speak, not what they expected, not what they were looking for on their quest.

Those of us who remained and finished out the year, however, learned very valuable lessons, lessons About life, about ourselves, about the universe.  As I wrote in my book, to be released later in 2019:

?When everything comfortable and familiar is stripped away, left at the bottom of the mountain or dissolved in the mist during the climb, you learn how truly little you need to live a meaningful life.?

Put better by Laozi, though, in Chapter 22 of the Dao de Qing:

?When the ancient Masters said,

?If you want to be given everything,

Only in being lived by the Dao

Can you be truly yourself.?

Living without creature comforts, and with only a squat toilet, and a facecloth bath in the absence of a shower or running water, is fairly easy.  This is so especially when you know you can return to comfort in the outside world at any time. But, when you couple those living conditions with the cultivation of stillness, it becomes something else altogether.

?Fill your bowl to the brim

And it will spill.

And it will blunt.

Chase after money and security

And your heart will never unclench.

Care about other people?s approval

And you will be their prisoner.

Do your work, then step back.

The only path to serenity.?

Being a holy man on a mountain is easy.  Days spent in meditation, in training, living on a simple diet from the food we grew ourselves in two large gardens, in the quiet and magical peace of a mountaintop on the other side of the world from which I?d come, were easy.  The test would be whether I could live what I had learned during that first year in China?s mountains.

When I left the Temple and returned to society, though, I came to realize it is the same test we all take every day of our lives:  Can we live what we have learned? It?s the same for all of us.

Here?s part of my answer to that daily single question test.

It wasn?t the mountain or the Temple that taught me, although I do believe White Horse Mountain (Baima Shan, in Chinese) is a magical place.  It has been the site of Daoist spiritual practice for almost two millennia, and the monks who preceded me deposited much qi to share with those who have come after.

Rather, it was the practice, the Daoist Longevity Practice of daily qigong, taiji and meditation, that transformed us all.  It continues to sustain me now when I am away from the Temple, the cultivation of stillness, and the clarity that results from it.

Sometimes I pass my test, and sometimes I do not.  But I maintain my practice and devote time each day to it.  I use the skills I learned at the Temple to cultivate stillness.  And I take the test again the next day.

Laozi is right.  If you want everything, give everything up.