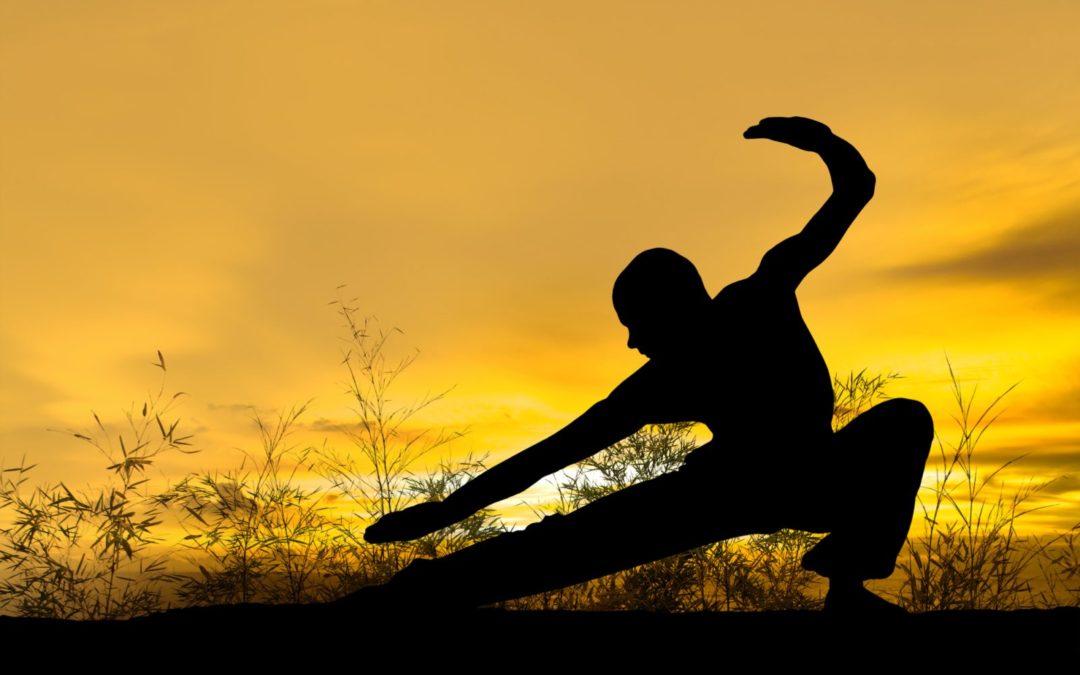 The term ?gongfu,? often spelled ?kung fu,? has come to refer to a style of Chinese martial arts.? We see a temple on a mountain top in China, a large courtyard filled with monks in robes busy training, and we say ?Yes, I know that, it is gongfu.?

Actually, the term refers to so much more.? A ?gongfu? is a skill that has been acquired only after long, dedicated and disciplined training, and certainly a proficient martial arts skill is considered a gongfu.? But a gongfu can be so many more things not necessarily martial in nature.? One makes a serious commitment to learning the skill, the gong, and then dedicates the time each day to training that when extended over a long enough period of time makes that gong yours, and you, it.? This is crucial to the understanding of gongfu.

The acquiring of a gongfu transforms you, not because of it, but because of what was required to acquire it.? These are two different things.? Yes, you become the gong, the skill, and the gong becomes you.? But it was the commitment made, and the time dedicated, that transformed you.? Sure, you have a skill now, and that is very great.? There are ongoing benefits derived from the skill, personal and perhaps professional, and it changes your life.

It is the discipline shown to the commitment, though, that transforms us the most.? We had this idea, this goal in mind, that we wanted to achieve, and we promised ourselves we would achieve it.? We rose early each day, carved out time, and persevered.

Ah, that word . . . . persevere.? Chizhiyiheng, in Chinese.? How many times did I hear it from LiShifu at my temple?? In 90 degree sunshine or shiver-inducing cold rain, every day, hours on end, urged on, body aching, fatigued.? And yet, we persevered on that courtyard.

When I was visiting a temple in Ningbo last year, one of the oldest cities in China, and part of the silk road, I would find a spot in the public gardens of Moon Lake after devotions for early morning qigong and taiji.? There are many courtyards that surround the lake in these Ming Dynasty era gardens, and each would be filled with locals playing taiji together.? In conversations with some of them, I was told they?d been coming to Moon Lake each morning for years, some for decades, to begin their days with taiji.? I was the only westerner in the crowd, and yet they were warm, friendly and inviting, and we welcomed each other every morning with a bow.? I was humbled and in awe to be among them, many of whom appeared to be in their 80s, playing taiji where countless thousands had gathered for the same purpose over the centuries in this place, showing such dedication and discipline to the gong they had learned decades before.

There was a young woman, a nurse, in the emergency room where I once worked as a patient aide volunteer, who a number of years before had competed in and completed an iron man competition ? ? biking, swimming and running.? She had trained for a long time to prepare herself for the ordeal, and had acquired the necessary skills and stamina to compete.? When I learned of her accomplishment, I congratulated her, even though it was something she considered long in the past . . . ?Oh, that was like forever ago,? she replied.

She had an idea, a goal in mind, and she made a commitment to achieve her goal.? She rose early each morning to train, dedicated herself to the effort, and completed the competition with arms raised high in celebration.? She did not understand, I think, that I was congratulating her not so much for the gong she had acquired, but for the discipline she had found within herself to see it through.? We respect the skill ? the gong ? but we revere the discipline.? I found it in her to be admirable.

I teach the skills we use to cultivate stillness within.? I teach qigong, taiji and meditation, the three legs of a stable and solid Daoist Longevity Practice.? With those skills, those gongs, and the stillness a disciplined practice of them will develop, we find clarity.

But, I can not teach discipline.? My students must find that for themselves.? ?I want to, but I just don?t have the time,? is what I most often hear.? I tell them ?When it becomes important enough to you, you will find the time.?

That emergency room nurse found it, put in the time, acquired the gong, and achieved her goal.? I hope my students will do the same . . . find the discipline, make the time, practice every day, cultivate stillness.